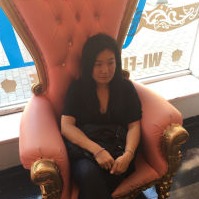 Mother of music college student, admiring the musical talent of everyone else. 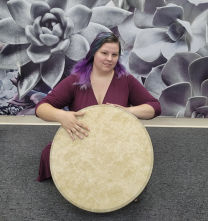 Teaching on the basis that music is the universal language, specifically the language of the soul.

Glen Ackerman is a Houston area bassist, composer, and educator. As an educator, he has decades of experience teaching full curriculum on double bass, electric bass and guitar in the classical realm as well as in jazz performance. He is also well versed in teaching pop/rock styles on both guitar and bass.

As a performer, he is the band leader for his own critically acclaimed fusion jazz quintet. Additionally, he has shared the stage with nationally acclaimed artists such as; trumpet player Randy Brecker, saxophonists Bill Evans, Eric Marienthal, Ralph Bowen, pianist Bill Charlap, and Yellowjackets drummer Will Kennedy. Additionally he has performed with top call regional bandleaders including Woody Witt, Joe LoCassio, Chris Cortez and Paul English.

Much of his recording experience is attributed to artists working with the independent record company Blue Bamboo Music. Furthermore, he has composed arranged and performed with Houston area recording artists Kristine Mills, Cody Joe Tillman, and Henry Darragh.

His compositions/arrangements have been performed at the Moore’s Opera House by the University of Houston Jazz Orchestra as well as Miller Outdoor Theater, and by various ensembles in the Houston Community College Performing Arts Center. Additionally his arrangements have been performed in sacred music settings such as: Metropolitan Baptist Church, Wildwood United Methodist Church (where he served as an assistant music director of music for 14 years), and Holy Cross Lutheran Church.

Glen currently is a professor of music at Houston Community College. His music is available through Amazon and iTunes. 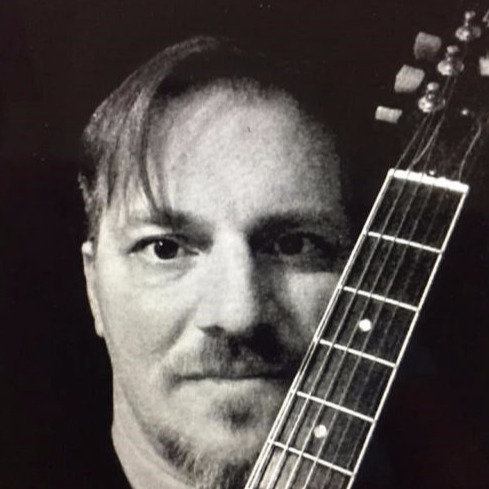 Thanushka Bandara is a Houston based performer, composer, producer and teacher. Upon completion of high school (where he played violin for the school orchestra, and guitar and drumset for local bands) he set out for a degree in drumset performance at the LA College of Music and studied under renowned drummers such as Ralph Humphrey, Mike Shapiro, and Joe Porcaro. Following his graduation, Thanushka returned to Houston and earned a Bachelor of Music degree in Piano Performance at the Moores School of Music (University of Houston) under the mentorship of internationally acclaimed pianist Dr. Tali Morgulis. He has been selected for masterclasses with artists such as Inon Barnaton, Sandro Russo, and David Korevaar.

Thanushka's instinctive musical abilities have generated a decade-long teaching career. His capacity to play multiple instruments allows him to teach a spectrum of ages, levels and genres. A natural composer and arranger, Thanushka also collaborates regularly with Houston artists playing classical, jazz, rock and pop music as well as composing and producing. He also composes for and leads his own band that performs his original music. His first album "Initial Dream" was released in February 2018, and he is currently working on his second one, set to release soon in early 2019. 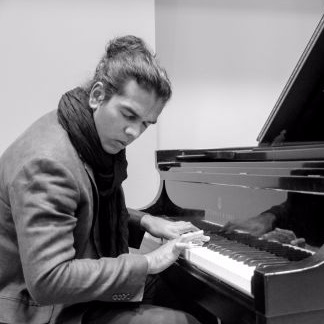 As he entered his late teens/early adult hood, he became interested in jazz and by age 23 he enrolled in the Moores School of Music. While in school his musical tastes continued to expand and began dabbling in several other genres such as blues, reggae, heavy metal, classical guitar. By his second year at Moores he was gigging with several bands professionally which continues to this day. Graduated with a BA in Music and has been teaching and gigging professionally since 2012.

He is also a composer having written music for his own band called The Flag Company. Overall, he considers himself an eclectic musician and is capable of teaching different styles both guitar and drums. 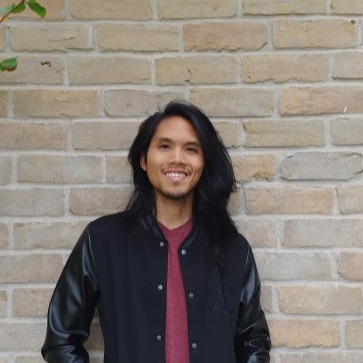 Kenneth is a graduate of Southern University with a Bachelor of Music Education which allowed him the privilege of participating in the college marching band, wind ensemble, jazz band, and concert choir as well as putting on several solo recitals as part of the rigorous performance-based curriculum.

Kenneth also obtained a Master of Science degree in Music Technology from Indiana University Purdue University-Indianapolis which trained him in using music technology as a tool for teaching all aspects of sound beyond music performance.

Kenneth has 5 years of professional experience working as a certified music teacher. Kenneth is working on establishing an online presence with a drum lesson series called "Stick to Games”. Kenneth is also a practicing audio engineer and has been involved in a modest number of projects. 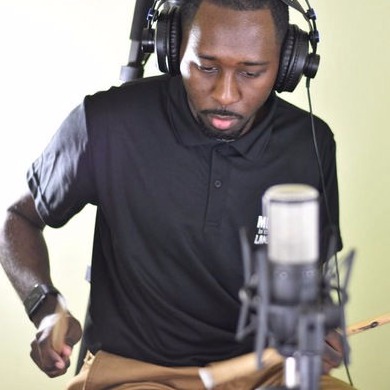 An active orchestral musician, Lindsey Baggett plays regularly with the Houston Symphony. She has also performed with Alabama Symphony Orchestra and Louisiana Philharmonic.

Lindsey has been teaching violin and viola for 20 years, and is certified in the Suzuki Method. She has served as faculty for San Jacinto College Central, AFA Texas, Texas All-State Strings Camp, and others. Lindsey has also coached string players at numerous middle and high schools in the greater Houston area. 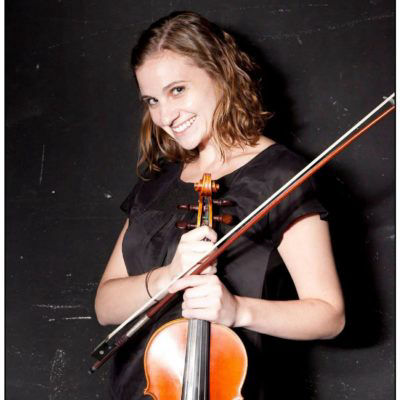 A professional musician from Venezuela with over 25 years of musical experience. Daniel's Bachelor Degree was focused on Classical music; however, during his career he learned many different styles, such as Jazz, Rock, Latin music and more.

In 1997, he became a member of the new winds ensemble of the Emil Friedman's High school, in Caracas, Venezuela, playing the Bass Clarinet. In 2003, a year before finishing High School, Daniel became part of the School of Arts Jorge Serrano, starting as a regular student, but performing as the principal Clarinetist of the Clarinetissimo Ensemble. He also joined the El Hatillo's Concert Band, as the principal Clarinet.

Daniel joined the Luis D'Elias band (a Berklee Alumni) in 2009 to record his first disk, gathering different styles such as rock, jazz, venezuelan rhythms and other latin american styles. In 2010 he had his first TV performance with the School of Arts Jorge Serrano's winds Orchestra as the Concertino.

During his time in Venezuela, Daniel performed with many different other groups around the country, such as the Caracas' Martial Band, the Gran Marsiscal de Ayacucho Orchestra, and the Amaranto Ensemble of Contemporary music.He also performed several times as solo for many different events.

Daniel came to the US in 2014 looking for new opportunities. A year later he got hired at Conservatory Lab Charter School in Boston, MA; and also became part of the Metropolitan Wind Symphony. Later on he got the opportunity to become the General Woodwinds Teacher at the Community Music Center of Boston. 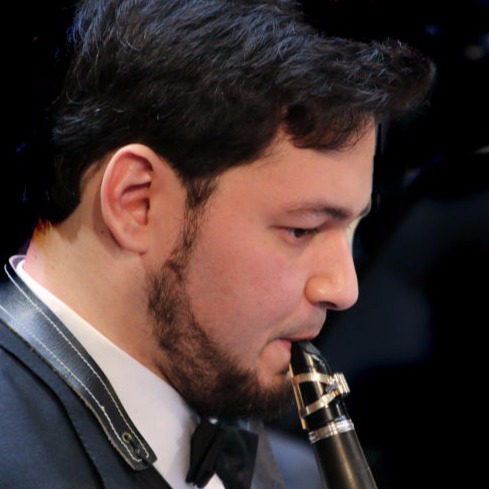 Born in Mexico City, Mr. Molina started learning piano from the age of 11 and formal training in his 20s.

During his college years at University of the Americas, he studied Piano with Daniel Rodriguez, and with Dr. Misa Ito later during the second half of his degree. Dr. Ito directed and tutored him to graduation.

After graduating from University of the Americas in 2001 with a Bachelors in Music, he studied Piano with Luisa Vilar, former student of Svitoslav Richter and later moved to South Florida where he attended graduate studies at Florida Atlantic University, studying Music Production with Michael Zager, and Piano with The Duo Turgeon, and Leonid Treer.

Specialized in elementary to early advanced levels, Mr. Molina has been teaching piano for different Music Centers in South Florida, he has taught over 10,000 hours and over 200 students over the years. His mission is to help raise a new generation of young musicians by incorporating solid fundamentals of Music Theory. 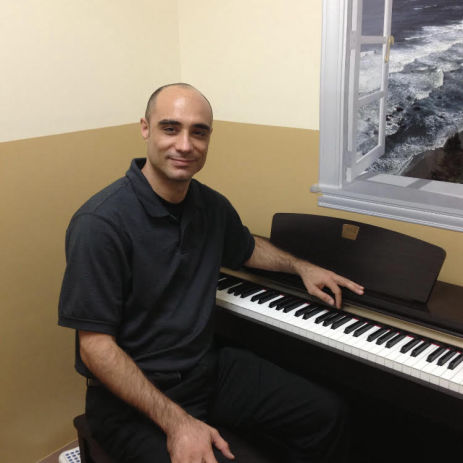 Will Craven is a lifelong musician with experience in percussion, drumset, drumline, piano, vocals, guitar, and wind instruments. A graduate of Texas State University with a degree in Music Education, Will has training on every major band and orchestra instrument as well as drumset, latin percussion, and jazz piano.

As a teacher, Will has spent the last two years as a full time Assistant Band Director at Cy-Falls High School as the Percussion and Drumline Instructor. Previously, Will taught private percussion and piano lessons for over four years.

As a performer, Will has performed live drums and percussion with rock, country, jazz, funk, contemporary christian, and orchestral percussion groups throughout Texas. He has also performed with Drum Corps, participating on the 2015 Genesis Snareline and 2016 Boston Crusaders Snareline.

As a composer, Will has written two orchestral percussion solos for timpani and vibraphone, written the marching percussion music for various high school bands across Texas, and is currently working on a solo Funk EP, as well as writing new songs for his local church. 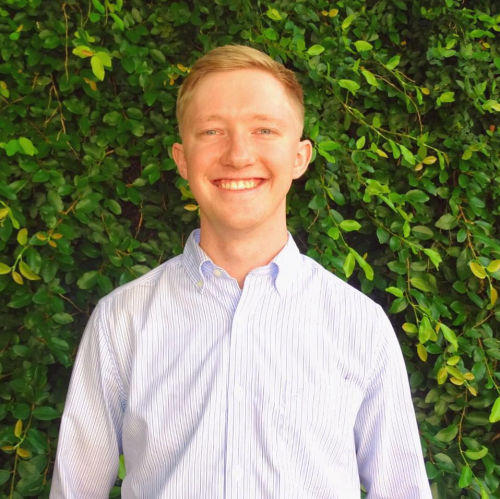 Ms. Cuellar graduated from the Moore’s School of Music, University of Houston, with a bachelor’s degree in classical performance. Upon graduation, she auditioned and got accepted in various opera houses, touring and performing in the Southeast as well as in “Opera to Go” with Houston Grand Opera.

Ms. Cuellar is an active jazz singer. She does jazz standards from the Great American Song Book that would be swing, ballads, bossa nova, latin tunes and some pop tunes thrown in for the mix. Her voice has been described as smooth, playful and heartfelt. Singers that she has been compared to are Ella Fitzgerald, Anita O'Day and Diana Krall.

Ms. Cuellar does vocal improvisation "scatting" and sings in different languages, aside from English she also sings in Portuguese, Spanish and some French. She had the honor of singing at The Trinity Jazz Festival.

Ms. Cuellar has been teaching piano and vocal students for over 15 years. 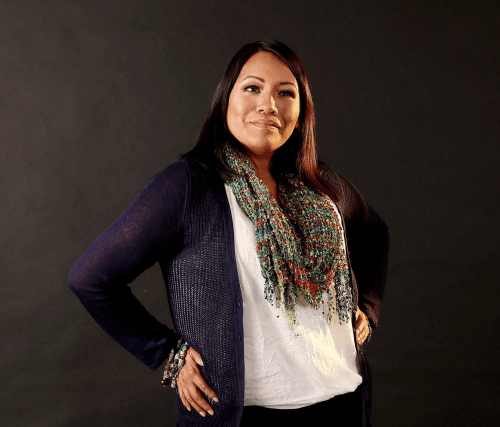 Music Lesson For All Ages

Subscribe to our newsletters to stay connected and updated for our upcoming activities and events.